After an elderly woman died having being made to spend eight hours in an ambulance at the Ulster Hospital, an enquiry is currently underway at the South Eastern Health Trust.

The trust told BBC News NI that it was very saddened by the unfortunate event. It also added that medical teams “did everything possible to resuscitate the patient” at the Emergency Department of the Ulster Hospital.

The trust said the woman was actually cared for by both ambulance and medical teams’ staff in the ambulance but her condition deteriorated even while she was being treated.

BBC News NI understands that due to the immense pressure at the emergency department of the Ulster hospital, the patient was in the ambulance for about eight hours on Monday night. A spokesperson for the trust also confirmed that the department and its teams had been under extreme pressure all through the day.

A statement from the hospital read thus, “Sustained pressures are being experienced in all of the emergency departments across Northern Ireland, resulting in patients having to wait longer than we would like for admission to hospital.”

The trust also stated that it had been in contact with the lady’s family and has expressed condolences to them. 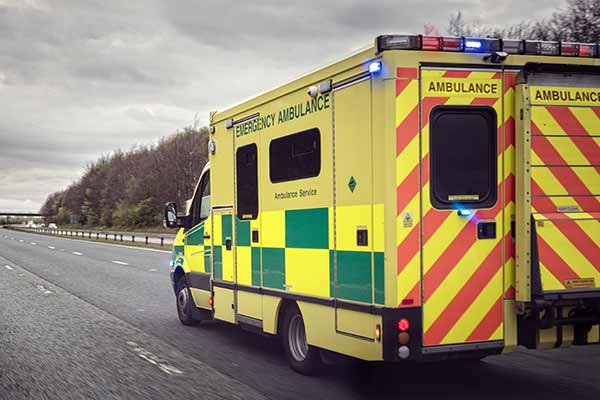 It is not something new to find hospitals being stretched and under intense pressure from influx of patients especially at the accident and emergency unit. Most often, patient’s health have deteriorated and some have even died as a result of delays in getting them the appropriate medical treatment they need as they are left in the ambulance due to lack of hospital space to admit them and shortage of staff to care for them.

Ambulance staff, paramedics and staff of the A&E department provide urgent care to patients of the NHS in emergency situations. If a paramedic team fails to act quickly and provide expert care, the outcome for patients could be disastrous. In an emergency situation, patients need the best care possible to arrest the situation, stabilize them and ensure they are not made worse.

When the ambulance team fails to provide a proper level of care, causing avoidable harm, complications or death of the patient, then ambulance negligence claims can be made.

In What Cases Can I Make Ambulance Negligence Claims?

In some cases, as with the one involving not only the ambulance or paramedic team but also the accident and emergency department like in the case of this elderly woman who was made to wait over 8hours, you can also make hospital negligence claims.

How Do I Proceed With My Ambulance Negligence And Hospital Compensation Claims?

Additionally, we help our clients to make available documents they need to make a successful claim and win a deserving compensation amount.

We also advise that you do not hesitate to begin your claims as you will under normal circumstances have only a three-year period to do so. One huge advantage you also have with us is that you make your claims without having to make any upfront payments for legal fees. Right from the initial consultations, until the settlement has been paid, you do not incur any financial debts.

However, we will agree upon a certain percentage of no more than 25% of your compensation fee as a success fee when your claims are successful.

Do contact us in the shortest possible time to schedule a meeting to discuss your claims and begin the process of getting you compensated for wrong done to you.