According to a BBC Report, The Care Quality Commission (CQC), – an independent regulator of health and social care service across England, visited three hospitals under the management of the University Hospitals Birmingham. The June visit by the CQC was prompted by rising concerns about patient care as raised by staff members across the hospitals. The staff said that their concerns over time hadn’t gotten the required attention till the visit. 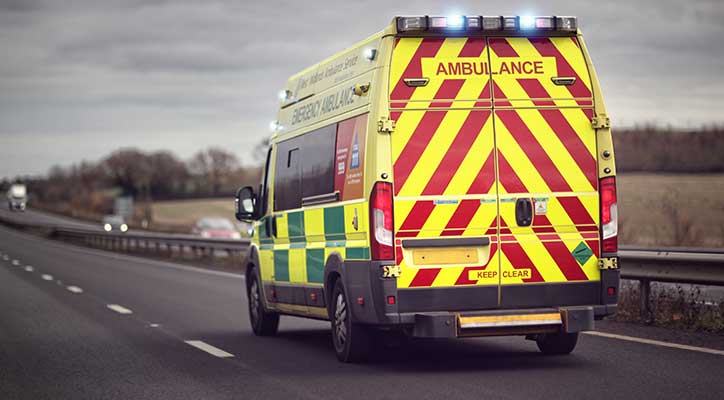 The three hospitals in question – Birmingham Heartlands Hospital, Good Hope Hospital in Sutton Coldfield, and Queen Elizabeth (QE) Hospital Birmingham – were brought under heavy inspection by the commission. More attention was given to:

Across the three hospitals managed by the University Hospitals Birmingham NHS Trust. At the end of the inspection, the trust’s comprehensive rating plunged from ‘good’ to ‘require attention’.

Remarks from the inspection by the CQC made evident the level of medical negligence that rocked units and departments of the Trust managed hospitals. The commission noticed that the emergency unit of Birmingham Heartlands Hospital was facing substantial pressure, even during the period of the inspection.

The inspectors also observed, at the Heartlands, that patients under medication in the waiting line were not being monitored properly, and that equipment wasn’t completely put under enough safety check before use.

They included in their report that necessary safety attention was not being given to patients who – due to lack of space inside the hospital – were left to wait in ambulances outside the hospital. This is an ongoing occurrence, despite the many complaints of the matter by the staff members. Noteworthy to add that these are the sort of issues that give enough opening for medical negligence claims.

A health correspondent, Michele Paduano, who analyzed the CQC’s inspection on the Birmingham Heartlands Hospital mentioned that since some senior emergency department consultants left the hospital after a service redesign, the rate of hospital negligence increased. The Trust could save costs from hospital compensation claims if the case was different. She also pointed out that the hospital’s emergency department lacked enough space to carry the enormous traffic that troops in everyday into the hospital. This was first raised as an issue during the hospital merger.

From her analysis of the commission’s inspection, she showed three issues the trust is currently facing:

This is to say that some of the hospital negligence claims are not due to the hospitals inability, rather the inexperience, ignorance or wrong coordination of the patients or the patient’s handlers.

The story was different with the emergency units of the other hospitals – Queen Elizabeth’s (QE) hospital Birmingham and Good Hope Hospital, under the Trusts management. The report showed that they performed better than Heartland. Even at this, the emergency staff across the Trust made note of the fact that the management held them responsible for all risk and performance parameters. They complained that this made the department look separated from the entire system.

Fiona Allinson, Care Quality Commission (CQC) deputy chief inspector, commended the staff for the strength of their resolve to care for patients even during the heat of the coronavirus pandemic. In her words, she maintained that the workforce remained “unwavering in its focus on the needs of patients.”

In her commendation of the workforce, she said, “We saw that patients were treated with compassion and kindness, and there were some areas of good and outstanding practice – particularly in cancer services at QE.”

Healthwatch Birmingham had an opinion about this, as the watch showed concerns about the long hours of wait before cancer treatment at the Trust. Richard Burden, spokesman of Healthwatch Birmingham said, “They have told us that they have an action plan in place to bring down those waits but when we look at the figures in recent months there are still very serious, long cancer waits.”

“It’s not always proved easy to get from the trust month-by-month progress reports on what they’re doing, where they’re doing it and what progress they’re making,” he added.

The Trust’s leadership had maintained the “outstanding” rating, but has now taken on the “good” rating. For the caring and effective services, the trust has also maintained a “good” rating.

David Rosser, the Trusts chief executive was pleased to receive the CQC and said that the CQC did well by recognizing the “incredible efforts” the workforce put in during the pandemic, “in the face of by far the highest number of hospitalised patients in the country”.

“The findings of the report reinforce the challenges we are aware of, and are actively addressing, particularly in supporting our emergency departments.

“Sadly and despite the herculean efforts of the team, patients are now waiting longer to access care.”

“The trust is already implementing plans, supported by NHSE/I [England/Improvement], to tackle these waits which include both increasing the capacity of the hospitals and transforming the way we deliver care,” he added.

There is no guarantee of getting the best of services under the University Hospitals Birmingham NHS Trust, but we believe that with this visit from the commission, there will be a turn in events.

Have You Been Mistreated in a Hospital? We can Help You

If you have been underserved at a hospital and didn’t get enough attention or adequate treatment – by no fault of yours, then you have every right to complain, be heard, and compensated for the pain you had to go through because of the underservice you experienced at the hospital. At Medical Negligence Direct, we have a team of dedicated negligence claims solicitors with years of experience, who can help you get over the case of Hospital negligence on a no win no fee agreement.

You can also find out if you are eligible for compensation with our free claim evaluation consultation. Speak to one of our solicitors today at 08006444240 and be on your way to getting the justice you deserve.