The health ombudsman is setting out new standards for responding to patient complaints which could see the GPs face a six-month complaint response target, according to recent news

This new Parliamentary and Health Service Ombudsman (PHSO) complaint standards are currently being piloted in every sector of the NHS including one GP practice and was expected to be implemented across the NHS this year but the full rollout is now planned for the beginning of next year due to delays caused by the pandemic. This is according to a PHSO spokesperson who also added that the ombudsman hopes to implement the new standards from April 2023.

With the proposed standards, staff are expected to ensure they ‘consistently meet expected timescales for acknowledging a complaint’ and ‘respond to complaints at the earliest opportunity’, providing ‘regular updates throughout’. They are also expected to give “clear timeframes” for how long complaints investigation will take ‘agree timescales with everyone involved’, including the complainant.

A draft procedure for complaint handling states that the complaints will be acknowledged either verbally or by writing within three working days.

The document encourages staff to handle and resolve complaints at the time they are raised or soon after. It adds that if there is a belief that a complaint can be resolved quickly, it is expected that it will be resolved in around 10 working days.

The document also says; ‘If we cannot conclude the investigation and issue a final response within six months (unless we have agreed a longer timescale with the person raising the complaint within the first six months) the responsible person or a senior manager will write to the person to explain the reasons for the delay and the likely timescale for completion.’

The document also requires organizations to keep a record of all complaints and whether a response was provided within the agreed timescales, it said.

PHSO believes that when complaints are resolved quickly, it will ‘reduce the possibility of complaints becoming legal claims or being referred to the ombudsman’, thus saving ‘financial and emotional costs for everyone’.

Meanwhile in the NHS England annual report for 2020/21, the NHS says it plans to reintroduce complaints training for GPs and practice staff. The report also says the NHS will work with NHS digital so as to review how data on which data on complaints in primary care, including dentistry, is arranged and collected.

The report further revealed 151 whistleblowing disclosures which were made to NHS England relating to primary care organisations between 1 April 2020 and 31 March 2021. The report adds that NHS England ‘took action’ in 75 (50%) of them, while eight (5%) remain ‘under review.’ However, 18% of cases relate to the NHS and Government response to the pandemic, particularly the provision of PPE for staff. 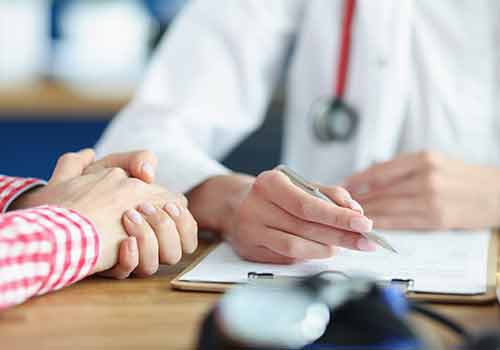 Do you Have An NHS Complaint To Make?

If you have complaints to make regarding medical negligence or standard of treatment received in the NHS, the NHS complaints procedure states that such complaints should be made within 12months of receiving the treatment.

The complaint letter should be addressed to the NHS commissioning body or the practice manager stating the reason for complaints and the staff responsible. The NHS PALS service can also give you further guidelines of how to make such complaints.

It is important that you state your matter clearly and quickly enough so that you can have enough time to begin claims should there be need to do so.

Our medical negligence solicitors are experts for all kinds of NHS and GP negligence claims and will ensure that you get the best legal representation and see that you are well compensated for any avoidable harm done to you.