In recent news making the rounds, a woman Vicki aged 37 has been teaching her five-year-old son Gethin how to use FaceTime over fears that her mother Mandy Swift will suffer a fourth heart attack.

Mandy Swift, 56, has previously had three heart attacks and therefore, Vicki is teaching Gethin how to raise an alarm in case of any eventuality. The first two of those heart attacks happened while she was living abroad while the third happened after she moved to Denbighshire to be close to her family.

According to British Heart Foundation Cymru, women were more often likely to be misdiagnosed of heart issues because they are not seen to be at a risk of having heart diseases. This is a trend that the Welsh government has said it is trying to change so as to improve care.

Vicki, whose father also died of heart attack at age 42, fears that her mother could have an attack while she is at work. According to her, “Every day on my way to work I give my mum a ring and if she doesn’t answer I panic,”. In order to improve her own prospects, Vicki who also had gestational diabetes when she was pregnant which puts her more at risk of not only developing diabetes but also heart problems has gotten herself a personal trainer at a gym.

She has therefore made a call to improve women’s awareness of the symptoms of a heart attack, as well as their increased risks.

Heart Attack In Women: What Are The Odds?

The British Heart Foundation Cymru report claimed unconscious bias and systemic inequalities in healthcare were leaving women more at risk at every stage to have a heart disease. This is because according to them, women were more likely to be misdiagnosed, less likely to receive optimal care, and struggle to access cardiac rehabilitation. Statistics have shown that about 1,700 women are admitted to hospital in Wales every year with a heart attack while heart and circulatory diseases kill 4,900 men and 4,400 women in Wales every year. Despite this number, the disease is mostly regarded as mainly affecting men hence the bias.

Consultant cardiologist Lena Izzat suggests a high risk of “an epidemic of heart failure and heart disease” unless action was taken. According to her, women often wait longer before calling for help after first experiencing symptoms of heart attack and this delay impacts negatively on survival chances.

What Is A Heart Attack?

A heart attack also known as Myocardial infarction “MI” happens when there is a blood supply to a part of the heart muscle suddenly stops. This can occur when one or more of the coronary arteries supplying the heart is blocked. The more time passes without any treatment to restore the blood flow, the greater the damage to the heart.

There are two main types of heart attack:

Signs And Symptoms Of A Heart Attack

Reasons For Misdiagnosis Or Delayed Diagnosis Of A Heart Attack

There are different reasons why heart attack can be misdiagnosed. These include;

It is important that all relevant investigations are carried out before giving an all-clear. This is because, about 33% of all heart attack patients do not have chest pain at all and therefore they are at an even higher risk. Furthermore, Symptoms such as blackouts, fainting or breathing difficulty can also be associated with diabetes. 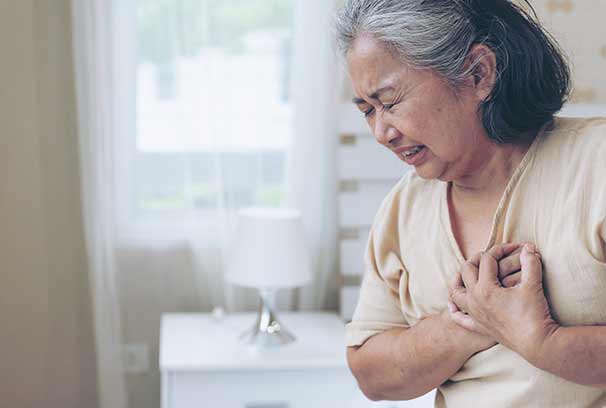 How Can We Help?

Heart Attack is a very serious issue and should be taken as such.

Failure to carry out appropriate diagnosis can;

If you or your loved one has been a victim of any of the above or other similar experiences as a result of negligent heart disease care, you can make a claim.

At MND, we have specialist Medical Negligence Solicitors who have many years of experience dealing and representing clients of heart disease misdiagnosis claims. They have also won hugely satisfying settlement payouts for them. We will stand by you right from the consultation phase till your claim is won and you are compensated appropriately.
We will also assist you in making available necessary documents to win your claims while ensuring that the entire claims process is stress free for you. Our solicitors are friendly, approachable, empathetic and very understanding.

What is more, we undertake your claims on a No win no fee basis where we will only take 25% of your total compensation fee after your case is won.

Reach out to us today by filling out our online Free Claims Assessment Form and one of our solicitors will contact you to set up a meeting at your earliest convenience.