Following data from the government on rates of diabetic foot amputations in the UK, patients group say it is worrisome as there are major differences in the figures released for people with diabetes in England.

These amputations mean that patients are not getting the standard of care they need as the risk of foot ulcers and infections increases when the diabetes is poorly controlled.

Government data also shows that one in 10 areas had very significant higher rates. It was also noticed that there was nearly a 5x difference between the best and worst when considering risk factors such as age.

Diabetes UK warns that diabetic patients may have not had access to support as they required as a result of the pandemic while adding that the figures “shined a light on the scale of the crisis facing diabetes care”.

The charity produced a report in April and said that the disruption to services over the last two years will lead to unnecessary loss of lives.

Most Foot Amputations ‘Can Be Prevented’

The data published by the Office for Health Improvement and Disparities looked at the three years before the pandemic and found out that 13 out of 135 local areas in England had significantly higher rates of foot amputations.

Estimates also show that Harrow had the lowest rate at 3.5 per 10,000 people with diabetes while Blackpool at 16.8 had the highest.

Experts believe that with improved healthcare, 80% of foot amputations can be prevented.

When diabetes- both Type 1 and Type 2- is poorly controlled and present for a long period of time, there is an increase in the chances of complications such as reduction of blood flow to vessels in the feet and nerve damage which reduces sensation. As a result, ulcers and infections may occur which could lead to amputation.

In his words, “The majority of these major amputations are preventable, but many people living with diabetes are struggling to access the care they need – and in areas of higher deprivation, people are experiencing worse outcomes. These inequalities must be addressed.” 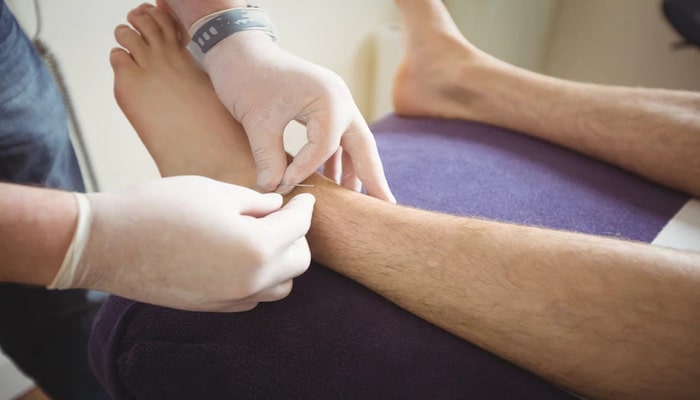 It is estimated that about 7% of the UK population are living with diabetes. Also, one out of every six hospital inpatients have diabetes. Studies have also shown that about 40,000 children have diabetes and more than 3000 children are diagnosed every year while nearly one million people have undiagnosed type 2 diabetes.

It has also been found that due to late diagnosis of the condition, one in 3 persons diagnosed already have a microvascular complication. Diabetes according to research leads to 175 amputations every week and the NHS spends at least 10% of its annual budget on diabetes.

Diabetes misdiagnosis can cause the patient to suffer life-changing complications, lead to amputations and reduction in life expectancy.

For instance, persons with undiagnosed type 1 diabetes may suffer diabetic ketoacidosis, a serious condition that can lead to coma or death as the condition was poorly managed and the patient was unable to take actions such as insulin therapy, continuous glucose monitor (CGM), carb counting and pump use:

If your answer is yes, then you can make a claim.

We have medical negligence lawyers who specialize in such cases and have secured best possible negligence payouts for our clients. Our records speak for themselves.

We also want to inform you that with our firm, you do not have to worry about legal fees before making your medical negligence claims as our consultation sessions are free of charge while we undertake claims such as these under our No Win No Fee policy.

Speak to us via our helplines or fill out our online free claims assessment form to get started.