Child care is of paramount importance before, during, and after delivery. The reason for this is for the avoidance of child birth defects; which cannot be overemphasized. You can make Group B streptococcus claims if you believe you or your  child is suffering the consequences of the negligent actions of your healthcare provider. 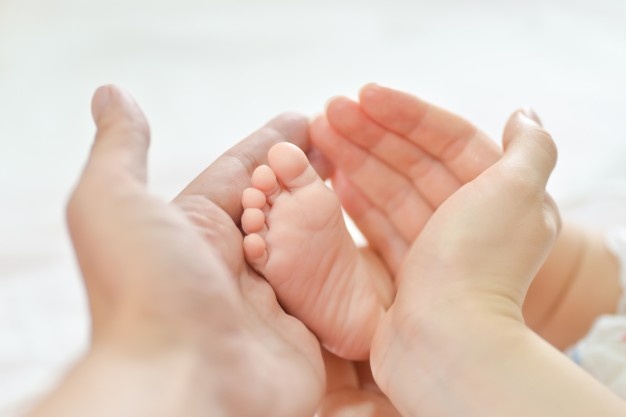 Group B Streptococcus (GBS) is one of the various child birth defects that is either caused by lack of care for pregnant women or new infants. It is true some cases of Group B Streptococcus are unavoidable, but more often than not, medical negligence or carelessness can result in Strep B infection in babies. In such a case, you are within your right to make medical negligence claims.

Group B Streptococcus Claims can be avoided if caregivers pay more attention to the care of pregnant women and babies.

What is Group B Streptococcus?

The bacteria – is the most prevalent cause of infant infections. Statistics show that one in every five pregnant women in the UK carry this bacteria, and even though at a minimal rate, there is a possibility that the Strep B in pregnant women can be passed to their babies at birth. This is what causes Group B Strep in children.

In other words, Strep B infection in pregnancy can translate to Strep B in babies after birth. About 6 – 7% of babies with Group B Strep die from the many complexities of this infection, and 9 – 10% others suffer long-term disabilities because of other complications related to the infection.

Some of the complications are:

Strep B in babies long-term effects that can arise from any of this complications include :

As mentioned earlier in the article, Strep B infection can be prevented; and yes, it is treatable – to the extent of full recovery. Nevertheless, if Group B Strep symptoms are not detected on time, diagnosed properly, and treated with efficient Medicare, the risks of getting down with any of the mentioned complications rises. It is in incidents of this sort of medical negligence that you can file a lawsuit in which you make Group B Strep Claims against the doctor or hospital.

Symptoms of Strep B are not easily spotted, especially in children. This is why Group B Strep baby diagnosis are often misdiagnosed or delayed more than adult diagnosis. But some visible Strep B symptoms in adults and babies include:

Once you notice one or more of these symptoms during pregnancy or in the baby after delivery, it is advised that you seek immediate medical attention to avoid Strep B childbirth complications. It is important to get a professional to check the symptoms and diagnose the patient.

It is always best to set up a Strep B private test in the UK; getting a qualitative Strep B test in London, for example, means that you can have the doctor make the best of the symptoms and diagnose properly much more than is obtainable in public hospitals. This also helps to avoid medical negligence, but if you experience medical negligence that causes death or long-term illness, you can make a claim for negligence against the doctor or hospital.

How To Know If You Have Been Victim Of Strep B Medical Negligence?

Nobody has it together at 100%, this is inclusive of experts in all fields of endeavors – more so, medical doctors. This does not excuse lack of necessary care for and routine checkup on patients by doctors.

If there is one thing every delivery doctor should help their clients or patient avoid, it is streptococcus dangerous complications after birth. But sometimes, even the doctors overlook some details that could cause great harm.

You will know that you are or have been a victim of this type of negligence if:

Once you are sure that any of this is the case, then you have a case that can stand in the court and you can also ask for a compensation for wrongful death or degenerated health due to doctors negligence and breach of duty of care that the doctor owes his/her patients.

Here’s How to Make Group B Strep(GBS) Compensation Claims

In any case, we have a team of experienced no win no fee solicitors who are willing to guide you through from the beginning to the end once you decide to make a claim. These are some steps in making a claim for Group B streptococcus medical negligence

On the outside, this process looks very easy and straightforward, but it isn’t so in real practice, especially if you want to push the case by yourself. This is because it is a legal procedure and therefore requires a level of legal experience.

You need to have in mind that if the defendant denies your claims, he or she would get a lawyer or legal counsel to represent his/her interest in court. If on your side, you are not able to match them at the legal level, your chance of winning the case will be extremely minimal or none at all.

What is Strep B infection in babies?

Group B Streptococcus (also called Strep B or GBS) is an infection causing bacteria. The bacteria is not as harmless on adults as it is on babies. Group B Strep miscarriageis very likely for pregnant women with the bacteria, it is not properly treated before delivery. It can also damage children’s livers, brains and chances of living in many cases, if the infection is not detected on time and treated.

The major difference between group a and b strep, is that, while Group a strep might cause bad skin injuries and bodily wounds, Group b strep – as an infection, attacks the vaginal tract, digestive tract and throat. Group B streptococcus attacks people with a very weak immune system.

How do you contract Strep B in pregnancy?

The only know source in children or newly born babies, who contract the infection through vaginal delivery. This is possible because, as fetus, babies are exposed to fluid containing Group B Strep, if their mother is a carrier of the bacteria. If this is the case, there are high chances that the babies could swallow such fluid.

What is Strep B in pregnancy?

Group B Strep, otherwise known as GBS, is a bacterium that is found in the intestine, vagina and rectum of about 25% of healthy pregnant women. Strep B can also cause cervical cancer in pregnant women.

As earlier stated, GBS can be difficult to spot; but more often than not, it can be marked with a yellow or green discharge. Another way to know it is GBS is if the patient experiences vaginal burning and or irritation. These symptoms are often times mistaken for yeast infection or bacterial vaginosis. Whenever you notice any of these symptoms of Strep B in pregnancy is when to go to hospital for Medicare.

Can I claim compensation for Group B Streptococcus?

Yes, you can claim compensation for Strep B in your child if the doctor’s laboratory Strep B test and wrong diagnosis misled you. There is a chance that the doctor’s mistakes can cause Strep B to be transmitted from mother to child, especially if the infection is misdiagnosed and improperly treated.

How much compensation can I claim for Group B streptococcus?

Group B Strep in babies, caused by doctors’ negligence, is considered as child birth injury. There is no fixed compensation that can be claimed for child birth injuries; rather different cases are considered based on the degree of loss or difficulty imposed on the patient due to the medical negligence. That is why you need to get professional legal advice before making a claim.

Our solicitors are open for free compensation evaluation consultation. You can reach out to us to know how you can get started with your claim.