Can epilepsy be misdiagnosed? Yes and it is a common occurrence in the UK, associated with drastic consequences. You can get legal advice in pursuing epilepsy misdiagnosis compensation claims by speaking to one of our experts. 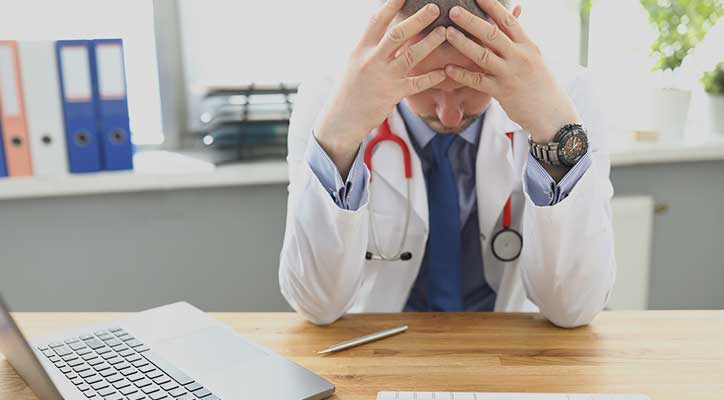 Epilepsy is a neurological disorder that is mostly characterized by seizures. These seizures happen when signals which are transported to the brain are interrupted. This interruption results in a temporary change in the manner in which the brain functions. In the UK, epilepsy is one of the many common brain disorders, and is most times broadly categorized into two forms, which are;

There are generally quite a number of elements which have been associated with epileptic developments. However, in some cases, the real causal factors are never discovered. The most common factors include brain damage in the birth process, head injuries, and brain cancer and tumours.

There are many symptoms of epilepsy, but the below description will cover them. Usually, there’s a sudden occurrence of an intense electrical activity in the brain, which can immediately lead to seizures, and later on, blackouts.  These seizures are known as epileptic seizures.

Doctors who have been specifically trained in the cases of seizures can diagnose epileptic seizures, because they are able to identify what makes it different from other seizures. Epileptic seizures may last for short moments during your childhood. Meanwhile, there are chances of further development later in life. This means that seizures in adults can last for the entire life of the individual.

Your doctor owes you a duty

After seeking a doctor’s professional advice and requesting for a diagnosis, the doctor must take enough time to diagnose the condition. This is for you to take precautions, and other necessary actions while trying to rid yourself of the complication. And in the case that the doctor misdiagnoses, you have the right to file for a medical negligence compensation claim.

Want to make a claim? Our team of expert epilepsy negligence solicitors can effectively guide you through an epilepsy misdiagnosis lawsuit.

Can you seek Compensations For Epilepsy Negligence?

Yes, you can pursue epilepsy negligence claims if you believe you have been wrongly diagnosed by your healthcare professional.

Medical professionals who diagnose epilepsy undergo a lot of training, just to be capable of spotting and carrying out the process. And in case of any negligence after the patient’s diagnosis or professional medical interaction with them, they risk facing a legal complaint or court trial, if any misdiagnosis occurs.

If you, your family member, or any of your loved ones are victims of epilepsy negligence, then you just might have a huge eligibility qualification to make a complaint and pursue an epilepsy misdiagnosis compensation claim.

Over the previous two decades, there has been significant advancements in epilepsy research. This is in terms of the numerous attempts at identification of underlying causal factors, the development of better, tolerable, efficacious treatments and mechanisms.  However, not even one of these advancements are practically meaningful with a misdiagnosis. Epilepsy is also overwhelmingly still a clinical diagnosis, and the rates at which epileptic cases are misdiagnosed remains incredibly high.

Consensus guidelines and testimonies consistently recommend the early availability of professional medical attention, and the early referral of/to specialist epilepsy services in desperate attempts to address this issue. However, even for clinical experts, the diagnosis of epilepsy can be a pretty huge challenge.

The difficulty in diagnosis does not really arise from a greater or lesser tenacity to recognise and identify epilepsy, but in the specific problems regarding assessment of risk, and the management of uncertainty that is particular to circumstances where epilepsy is a possibility but is yet to be observed through a final diagnosis awaiting further confirmation.

What happens if you don’t treat Epilepsy?

A lot of things can happen, and these originate from a case of no-diagnosis, or misdiagnosis. The perceived risk of undergoing treatment, even in a situation where there is low probability of epilepsy, downplay against circumspection and promotes practices that result in misdiagnosis.

There are usually occasions where patients get diagnosed as epileptic, whereas they were just suffering from migraines and other minor conditions. This is discovered through further research, and often results in doctors and hospitals administering drugs and treatment that are unnecessary, and poses negative impacts on their lives and families. This causes undue stress to both patient and family, and is a supporting element of Epilepsy Negligence.

As it is noticed, in medicine particularly, there are no actual short cuts to a correct clinical diagnosis.  However, misdiagnosis of epilepsy, of all medical mistakes, seems to occur particularly within a certain matrix of factors which do not encourage circumspection, but encourage abrupt diagnosis on an insufficient history basis, traditional, although unreliable ‘red flags’, misuse of medical researches (mainly EEG), and the incorrect perception of the immediate clinical course, which will be dangerous if there is delay in intervention.

The only most essential factor in the misdiagnosis of epilepsy is the failure to acknowledge the role of a thorough clinical history and its confirmation by a witness explanation.

Contact us to speak with an expert today if you want to make medical negligence epilepsy claims.

In some situations, though, patients are correctly diagnosed as epileptic. Other times, they are incorrectly diagnosed, there are misdiagnosis of the type and severity of the epilepsy. They also are not prescribed the right medications or treatment.

Epilepsy is usually treated using AEDS which are Anti Elliptic Drugs. There are different types, and historically, multiple AEDS are often prescribed at once. AEDS have wide-ranging, and usually very disturbing side effects.

In the case where several AEDS are prescribed at once, there is a likelihood that the severity of the side effects can affect the victim’s educational, psychological, and personal development.

The rates of misdiagnosis that are reported vary essentially with estimates that range within 2% and 71%. There is a reflection on the heterogeneity throughout researches in terms of context, annex of refractory epilepsy patients, criteria for diagnostics, methods of diagnostics, and the experiences of the referring doctor.

In the UK, early studies assessing epilepsy prevalence within the community, analyzed the diagnosis of two hundred and forty one patients from seven general practice surgeries. And in the review by a specialist on epilepsy, untraditional factors causing the disorder were discovered in 23%, which mostly included a cardiovascular factor or a psychogenic non-epileptic seizure (PNES).

This is to say that the rate of misdiagnosis in randomly picked patients with a diagnosis of epilepsy is in a region of 20% of entirely diagnosed cases.

It is also important to highlight that even though a higher quota of misdiagnosis have been discovered amongst non-experts,  over 20% is also reported amongst patients under specialist cares, and are further referred to tertiary centers.

Once it is established, a diagnosis of epilepsy will not be readily challenged, even amongst professionals. Correctly diagnosed patients— especially ones accurately diagnosed as having PNES, might have gotten their misdiagnosis, and the following consequences, within seven to ten years beforehand.

In  PNES, psychiatric morbidity populations are substantial, and worsen the prognosis. Therefore, a misdiagnosis of epilepsy does not only misattribute the basic psychological structure of the attacks, but they also promote inappropriate treatment of the important related psychiatric morbidity.

How Much Can I Claim For Epilepsy Misdiagnosis?

The amount of damages will definitely differ from one case to another. The amount of damage incurred due to the epilepsy misdiagnosis will be very relevant too, especially when it is about the value of your compensation for your epilepsy misdiagnosis compensation claim. If you suffered plenty off losses due to this negligence, you can file for claims and be awarded up to £110,000 for damages.

How Can I Make a Claim for Compensation?

For you to get the assurance you need, of the absolute expert services you can rely on, you should carefully seek for qualified and efficient solicitors like us. Our very efficient solicitors will explain all the involved processes to you, to make sure you’re on the right path, and making the right decisions.

After a friendly and comfortable discussion with us, we will assist you in processing your claim. Also, if you decide we are the best choice of solicitors you need, you will provide us with pieces of evidence that a doctor or clinician misdiagnosed you, and that you have suffered damages as a result of this. We will then analyze your complaint, and judge them based on our excellent evaluation techniques, in the effort to make sure you have a solid case and get the compensation you deserve!

How much time before you get compensation for your epilepsy negligence?

How long does it take before you get compensation for your claim? Well, the time varies according to cases. Usually, the more complexity in the injury claim, the longer the soliciting will take. Although, this is not true all the time, as the process is also dependent on the volume of evidence that is presented to be the backbone of your claim. And, it also depends on whether or not your employer or accused person (people) has admitted liability.

It is important that you work with us, because we ensure that your damages are paid to the full amount, and as early as possible.

Our No Win No Fee basis

If you think that you, your friends or any members of your family have suffered a medical negligence that relates to a misdiagnosis of epilepsy, connect with us and meet one of our specialist epilepsy solicitors. Our team of medical negligence solicitors are equipped with vast experience garnered over all the years in dealing with every aspect of medical negligence; and will utilize this advantage in making your claiming processes easy.

It is important to know that all these will be done free of legal charge, under the conditions of our —No Win No Fee agreement. This is to say that the process does not cost you. However, in the case of a successful claim, we will require a payment to be deducted from your total compensation amount, and this payment is usually a percentage of the compensation. It is called our SUCCESS FEE.

We look forward to working with you on all your medical negligence cases!