For a woman who has a planned or wanted pregnancy, it is a period of joy and happiness for the expectant mother. However, this joy can turn to sadness and a potentially life-altering event, if the woman is diagnosed to have ectopic pregnancy. 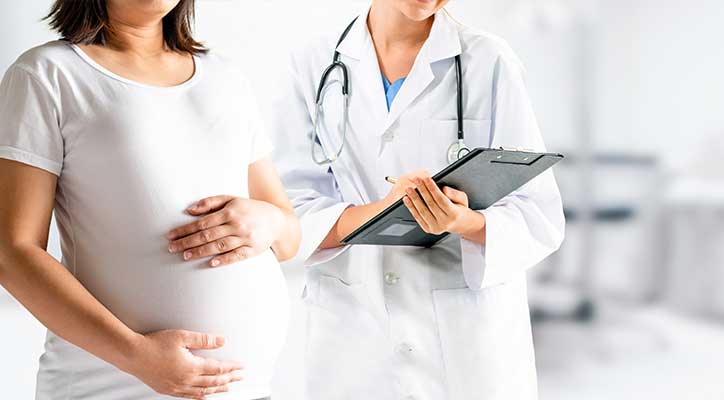 What Is Ectopic Pregnancy?

An ectopic pregnancy refers to a situation where a fertilised egg starts to grow outside of the womb. In most cases, ectopic pregnancy occurs within the fallopian tubes which is why they are referred to as tubal pregnancies; they can in rare cases occur elsewhere such as on the ovary, cervix or even in the abdominal cavity.

Risk factors of ectopic pregnancy may include;

However, some women also experience ectopic pregnancy even when they are not subject to any of these risk factors.

Early detection of ectopic pregnancy is very vital towards survival. If not detected early enough, it will affect the chances of future pregnancy, may lead to fallopian tube rupture and subsequently life-threatening internal bleeding. Therefore, the benefits of prompt diagnosis and treatment cannot be over emphasized. It is heartwarming to know that in about 80% of ectopic pregnancy cases, diagnosis is made before tubal rupture. However, the pregnancy will always be lost.

Losing your pregnancy as a result of ectopic pregnancy can be mentally devastating for the woman. The woman may suffer psychologically as well as the physical pains that come with it. Much more devastating is when the condition was not diagnosed early enough leading to life-threatening complications for the woman and potentially making her unable to have children in future.

This is why you need experienced medical negligence claims solicitors to handle your claims if your doctor failed in his duty of care to you by making early and accurate diagnosis to avoid further complications.

Reasons why you should make claims include that it helps make the hospital and medical staff involved to guard against a future occurrence. The hospital management can make internal investigations and improve on their service delivery.

Although no amount of compensation can bring back your lost baby, it can help you with the medical care, treatment and therapy you may need to bounce back after a difficult period.

What Can Cause Ectopic Pregnancy?

The most common cause of ectopic pregnancy is an existing damage to the fallopian tube. There are other causes which include;

The underlisted actions or inactions of your doctor or medical professional can cause you to suffer unnecessarily and for these, you may make ectopic pregnancy compensation claims;

There are several symptoms to look out for which may indicate that a woman has an ectopic pregnancy. This is usually in addition to the usual pregnancy symptoms. One common symptom is abdominal pain especially on one side as well as bleeding.  The color of ectopic pregnancy bleeding is different in color to that of a normal period. The bleeding can be dark brown in color and watery. It usually comes and goes.

Women also experience shoulder pain during ectopic pregnancy as the pregnancy progresses. This is because the diaphragm is irritated by the blood and the nerves of the diaphragm are felt in the shoulder. This pain is very distinctive and is usually felt when you lay down.

There is also sharp pain felt in the vagina while some women also have difficulty urinating or defecating.

When it has gotten to this stage, it is classed as a medical emergency and requires immediate surgery to fix the ruptured fallopian tube

However, when proper diagnostic tests or scans are not carried out, there could be a misdiagnosis despite reporting these symptoms to your doctor (prior to rupture). For example, spotting is common during pregnancy, pains are also experienced. A number of conditions that ectopic pregnancy can be misdiagnosed for are;

If your condition was misdiagnosed or poorly managed despite complaining to your doctor, you may be able to make a medical negligence claim. Medical negligence during pregnancy is totally unacceptable and that is why we are here for you to help you make your ectopic pregnancy claim and leave no stone unturned in our quest to see that you get the justice and compensation you deserve.

In order to avoid misdiagnosis, it is important that your GP, midwife or obstetrician doesn’t dismiss your complaints or rush into a diagnosis without first carrying out the appropriate tests and scans. The best time to diagnose an ectopic pregnancy is at the bleeding stage before it becomes painful. Anytime after this stage could be even more dangerous and could lead to life-threatening complications.

Therefore, your doctor should be able to conduct the following;

The outcome of these tests should inform your doctor the true state of your health, if there is an ectopic pregnancy, its exact location and also the approximate gestation.

If there is an ectopic pregnancy, there are several treatment options available which include;

Expectant management – This is where you are placed on careful observation and monitoring to see if the fertilised egg dissolves by itself.

Medication – A methotrexate injection can be administered to the woman. This drug stops the egg from growing before it can rupture the fallopian tube. Methotrexate is only recommended if the ectopic pregnancy isn’t causing much pain, if the tubal pregnancy does not have a viable heartbeat, if your HCG level is less than 1,500 IU/litre and if another pregnancy in your uterus does not exist.

A laparoscopy (keyhole surgery) – This is an invasive surgery performed under general anaesthesia where the surgeon removes the embryo together with the damaged fallopian tube.

However, if there is a rupture, an ectopic removal surgery has to be performed urgently.

There is every need that your doctor makes an accurate diagnosis to avoid rupture and surgery. This is because the surgery comes with its own risks and complications which can be avoided by early diagnosis. You may suffer;

Your doctor owes you a duty of care and should ensure that your condition is timely diagnosed and the right standard of care and treatment administered. Failure to do this amounts to negligence and is enough to make compensation claims.

It is important that you note the following while making your claims;

While making your claims, we will require certain documents from you which include;

We can also instruct a different specialist medical professional to conduct a proper medical examination on you and issue a report which will be vital in making your claims.

How Much Compensation For My Ectopic Pregnancy Claims?

Your settlement amount will be determined by several factors which are broadly grouped under General and Special Damages. It is not a fixed amount.

General Damages: General damages are determined by the Judicial College Guidelines and are awarded for pain, suffering and loss of amenity (PSLA).

Special Damages: This on the other hand covers for financial losses and out-of-pocket expenses incurred as a result of the incident. Special damages include;

Our medical negligence claims solicitors are very experienced and versed in civil claims such as this. We have been in the act of representing and ensuring that victims of medical negligence obtain justice for over three decades. Our solicitors are approachable, friendly, understanding and empathetic. They will ensure that you get the best possible legal representation you need to successfully prove your claims and get you a favorable compensation award.

Additionally, our consultation session where we discuss your claims with you and listen to your story is completely free of charge.

Most importantly, we will undertake your claims under our No Win No Fee Medical Negligence Claims Policy. By this, you do not have to worry about making any payment for legal fees. You also do not have to make any payments even if the claims were not successful. However, we are very confident that your claims will be successful and at the end of a successful claim, we will deduct 25% of your compensation claim as “success fee”.

You only have a limited time to make your claims which is three years according to the Limitation Act of 1980. This is why we encourage you not to hesitate or delay in coming to us 0800 644 4240 to discuss your claims.