Dentists Failed to Treat My Toothache, Now I am Permanently Suffering
Working Time:

According to recent news, Karen in 2019 was fitter than at any point in her life. She was in her third year in the BBC and even though it had its challenges, it always felt like a privilege.

Things began to turn around when her mother was diagnosed with cancer and she had to always stay by her side as the amount of time she had left was uncertain. During this period, she ate a lot of sugary treats left by visitors and paid little attention to her teeth and toothbrushing. She wasn’t surprised when by November, she started to feel intermittent toothache in her left molar. She had the tooth x-rayed and was surprised yet reassured that it was nothing serious.

In three weeks, the pain had become constant and by January, the tooth was agonising, and the gums in my upper jaw had paled, with visibly reduced blood supply. An adjacent tooth began to hurt. These physical changes, after the increased pain, became alarming.

She saw another dentist the day after her mother died but then nothing was done and by that time, she was sure the tooth was necrotic. Even when she begged for a root canal therapy, it was refused but was instead referred back to her GP, implying that her distress was bereavement.

Soon after, pain in a neighbouring tooth was accompanied by acrid liquid and her gums remained blanched. The top of her left cheek reddened and the skin at the edge of her left eye dried and developed a crust. She felt pain in several teeth but then again, her dentist refused to treat her saying that gums can be pale and offered her a night-guard instead.

During the pandemic where the dentist stipulated emergencies only during the March 2020 lockdown, she was referred to an oral surgeon and a facial pain specialist against her wish. The surgeon diagnosed atypical facial pain and the second non-dental specialist diagnosed “burning mouth syndrome”, although she had only one of eight symptoms. She had suffered misdiagnosis many times and was prescribed pain suppressants and duloxetine antidepressants, for three months and when she complained, a virtual GP told her to double the dose. 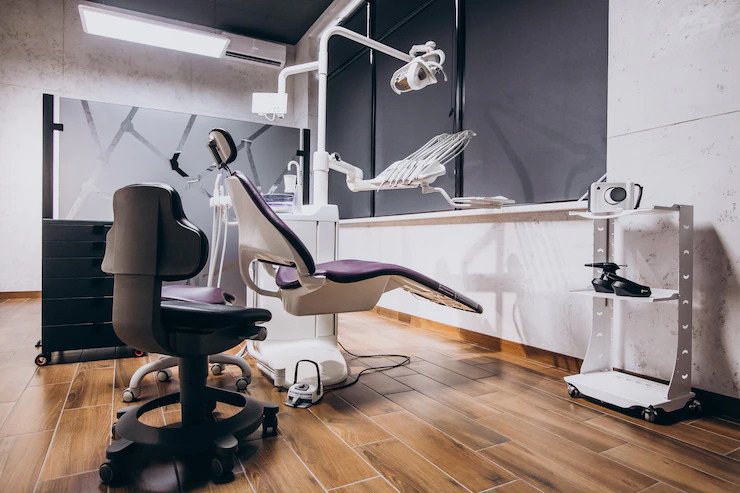 By this time, the leaching sensation increased, sugarless gum became the only way to reduce the rotting taste from her teeth. Several became dark yellow. Finally, the first dentist agreed to carry out a root canal on the original tooth, only to withdraw this, having attended a dental conference, saying that perhaps she needs a massage for facial pain.

By April, referred by 111 to a new dentist, she decided not to mention my mother’s death, to avoid further referrals on the basis this was pain related to grief. It was when she met this new dentist that a 3D scan showed the original tooth to be necrotic, as she had said five months before. There was also evidence of the infection in the surrounding bone meaning that the dental infection is advanced. Her molars had four canals, which had increased its pain and impact. Her dentist told her that the delay in treating the original dental infection appeared to have triggered a systemic response in my body’s autonomic or endocrine system.

Eventually she had to have 12 root canals; all those teeth were necrotic. Before these surgeries, her teeth, bones and skin were affected, her vitamin D levels plummeted and even her toenails became liable to infection. By June 2020 an MRI showed she had developed scoliosis, bursitis in my left shoulder and tendinitis in my left hip. She, who was known for walking at speed, could only inch forward; her skin had become sensitive to sunlight, she gave up swimming as she now had problems with her circulation especially when she faces downwards while she also developed numerous inflammations.

Karen says; “Two years after the original misdiagnosis, I have no quality of life and am in constant pain. Although the root canal treatments mean my teeth no longer hurt, they were too late to reverse the knock-on effects on my body. I won’t work again, and I look almost unrecognisable.”

How can we help?

If you have suffered or are currently suffering due to dental negligence, you can make a dental claim. It is sad when one has no control over his or her health and is made to suffer unnecessarily.

Our expert dental negligence solicitors can help you with your claims and see that you get a deserved compensation for your suffering, pain and complications as a result of substandard treatment.

Although the compensation you will receive will not reverse the effects of the poor treatment, it will go a long way to help you and improve your quality of life going forward.

We encourage you to seek legal help urgently by calling our helplines to speak with one of our expert solicitors. Our services starting from the initial consultations won’t cost you a penny even as we will undertake your claims under our No Win No Fee policy.