Home » A Guide On Claiming Compensation For Liposuction Gone Wrong

A Guide On Claiming Compensation For Liposuction Gone Wrong

Has your liposuction gone wrong as a result of the negligent actions of your surgeon? You need the right hands to handle your claim and get the compensation you deserve.

Liposuction is a popular cosmetic procedure where unwanted body fat is removed from areas of the body. Also known as lipoplasty or suction assisted lipectomy, the procedure works by removing excess, hard-to-burn fat from under the skin by suction methods. It is mostly done in areas of the body such as the thighs, abdomen, buttocks, chin as well as the back of the arms.

If you have a case of liposuction gone wrong as a result of liposuction malpractice, you can take legal action against your surgeon in a liposuction negligence claim for failing to provide you with the right standard of care during your surgery which has made you suffer unnecessarily.

To make a liposuction claim, you will need the right medical negligence solicitors to handle your case because claims such as these can be tricky as most times, they are rather cosmetic than essentially needed or medical.

The liposuction procedure is generally safe. Generally, for best results, the patient has to be of average weight and the skin under the intended surgery area has to be tight. Additionally, results can be long lasting as long as the patient maintains a healthy weight following the procedure.

There are however risks associated with liposuction as it is with any surgical procedure but one reason why you may decide to claim for liposuction negligence is that these risks were not well explained to you before the procedure was done.

Generally, liposuction involves making a small incision and inserting a cannula. The unwanted fat is then sucked out after some medicated fluids have been pumped in. The area is then stitched up.

The different liposuction techniques include;

Tumescent liposuction: Here, a solution (a mix of local anaesthetic, a salt solution and epinephrine which helps reduce blood loss) is injected into the area where fat is going to be removed. The salt solution aids the fat removal.

Ultrasound liposuction: In this method, the fat is turned into liquid prior to vacuuming. This can be done using an external device or internally using a hot cannula.

Laser liposuction: This method involves the liquefaction of fat by the use of lasers which can either be vacuumed out or collected by a medical drain. The cannula used on this type of liposuction is smaller than others and is most often used for fat removal from more confined areas such as the face or chin.

In each of these techniques, there is a possibility of liposuction gone wrong for which you could make liposuction negligence claims. 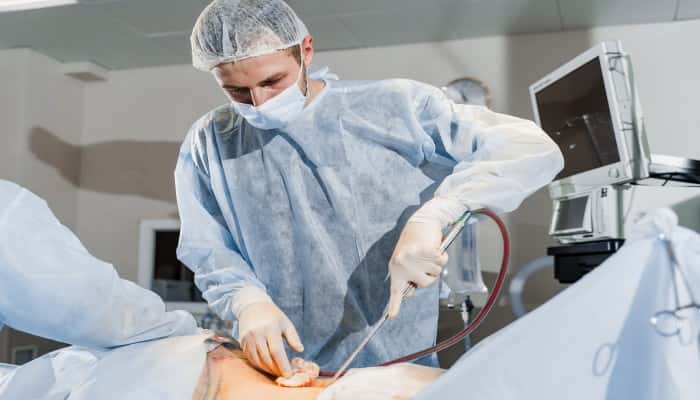 The risks involved in a liposuction procedure include;

However, we want to note that if the risks of the procedure were well explained to you prior to treatment, you won’t be able to make a liposuction claim because of the side effects of the treatment.

Some of these side effects include;

To make a liposuction negligence claim, you must be able to prove that your surgeon failed to provide you with the right standard of treatment which is why you are suffering. You cannot just make a claim because a surgery did not turn out the way you want especially if you were told about the associated risks. There must be a clear case of negligence for you to make a claim.

However, you can make claims if your surgeon made promises to you but failed to fulfill them.

When you come to us, our cosmetic surgery claims solicitors will listen to you and inform you of certain documents which will be needed to ascertain if you can make claims or not. These include;

In medical negligence cases such as this, evidence is very essential and the more you have, the greater your chances of success.

We may also require another cosmetic surgeon to conduct some examination and give a report which will better inform us of the true state of things.

However, if you do not wish to make claims but rather complaints, our lawyers can also help you with the NHS Complaints Procedure for these claims.

There are actually no fixed amounts you may get for your claims. However, the underlisted factors can influence the final compensation amount.

Our lawyers can however use a claim calculator to give you an idea of what you could get as compensation amount.

Generally, you have only three years from the date of the negligence occurred, or when you first became aware of it to make a claim. This is according to the Limitation Act of 1980.

However, if your injuries are complicated and prevent you from making claims within this period, it can be relaxed until you are able to make claims.

No Win No Fee Solicitors Explained

Our cosmetic negligence surgeons are no win no fee claims solicitors who would handle your claims without first requesting for initial deposits.

Additionally, in the event that your claims were not successful, you neither owe us nor the defendant a dime. Meanwhile, at the end of a successful claim, you will receive your settlement payout after we have deducted our success fee agreed percentage. This is usually not more than 25% of your compensation award.