An inquest into the death of Porsche McGregor-Sims was told that Dr Peter Schlesinger did not examine her despite gynaecological issues.

The Doctor who is a locum gynaecologist mistook the aggressive cervical cancer for a hormonal or bowel problem leading to the death of the 27yr old events manager. The NHS trust has apologized to the family of the late woman who died just a day after she was admitted. The family told her inquest that the staff failed to listen to the woman and that the misdiagnosis had denied them a chance to say goodbye. 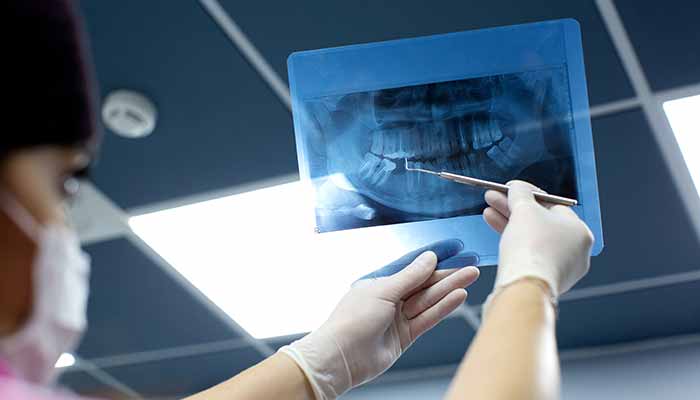 Also, the area coroner Rosamund Rhodes-Kemp said the case was one of the most “shocking and traumatic” she had dealt with and said she would express her concern to Portsmouth hospitals university NHS trust in writing.

In December 2019, McGregor-Sims was referred to a consultant by her GP after complaining of abdominal pain and vaginal bleeding. Dr. Peter Schlesinger, an agency locum at the Queen Alexandra hospital who she saw in January 2020 did not physically examine her and believed that she had hormonal issues or irritable bowel syndrome (IBS).

The UK went into lockdown two months later and McGregor-Sims continued to report symptoms but was only prescribed antibiotics over the phone. She was only seen in person after a GP thought she might have Covid because she had shortness of breath.

She was much later diagnosed with an aggressive form of cervical cancer and died a day after she was taken to hospital on 13 April.

Hawke added that when her daughter finally went to the hospital, she was scared and alone saying that she knew it was going to be a fight which she may not survive in the long run but that her daughter did not expect to die only a few days after she was diagnosed.

She said, “Had the examination been done in January we would have still had some time with her. A few weeks more would have made an indescribable difference to that experience for all of us – including Porsche.”

Schlesinger however maintained that McGregor-Sims’ symptoms which included bleeding after sex – did not lead him to think she her condition was serious.

On the other hand, Dr Claire Burton, a consultant gynaecologist, said Schlesinger should have physically examined McGregor-Sims, and apologised for the care she received at the trust.

Burton said: “If [Scheslinger] had examined her then she would have been referred for a colposcopy [cervix examination] more quickly, where diagnosis would have been made. I would like to express our condolences to Porsche’s family and friends, and to apologise for the care she had.”

The coroner Rhodes-Kemp said she would write a letter of concern to the trust as this one, in about 6,000 Inquests she has done, is particularly sad.

Although she concluded McGregor-Sims died of natural causes, she mentioned that an earlier diagnosis would have allowed her and her family more time to prepare themselves as it is not clear that a referral in January would have changed the outcome.

The inquest heard that following the case, the trust has decided to employ more in-house consultants rather than using locums. The inquest also heard that all patients previously seen by Schlesinger had now had consultations with another doctor.

Medical misdiagnosis is one of the topmost negligent actions which leads to avoidable complications, injury, longer treatment/recovery time and even death of patients.

Misdiagnosis which could be wrong diagnosis, late diagnosis or completely missed diagnosis can be very tragic as seen in the case of McGregor-Sims. If you or your family are in such a scenario, you should reach out to us to discuss what happened and make medical misdiagnosis claims.

You do not have to suffer without having anything to fall back on. We understand how difficult such a time must be for our clients and this is why we have a No Win No Fee policy in place to protect them from financial risks and expensive legal fees.

You can speak with one of our medical negligence solicitors or fill out our free online claims assessment form and we will get back to you. You are assured of best legal representation starting from our free consultation sessions until your case is won.