Linda Lidley a mother aged 52 has won a medical negligence claim after finding out she had been misdiagnosed several times by the NHS, in what has actually turned out to be lung cancer. The pain started ten years ago for Ms Lindley when she first experienced breathlessness. She was sent backwards and forwards to her GP and was prescribed an inhaler back in 2007.

Later that year should have been the moment doctors saw the signs of lung cancer – but the signs were ignored. She slipped a disc in her neck and had an MRI scan at University Hospital Coventry. Although the scan showed the visible signs of lung cancer, it wasn’t reported and Linda didn’t receive a diagnosis.

Had she received treatment for lung cancer at this time, Ms Lindley would not have required invasive surgery nor chemotherapy and could now be cured.Two years later, in 2009, still suffering with breathlessness, Ms Lindley was diagnosed with bronchitis and in 2011 she was referred to a respiratory doctor.

Our Solicitors are experts in Medical Negligence Case of Cancer Mis-Diagnosed Several Times by NHS.. You can contact them today by completing our quick Free Claim Assessment or call us on 0800 644 4240.
Following the scan result, in January 2013, an urgent referral was made to the Lung Multidisciplinary Team due to the presence of a suspicious nodule.She had a third of her right lung removed and 11 lymph nodes from her chest wall. Linda began chemotherapy but as it was causing damage to the kidneys this had to be stopped, and was then forced into early retirement on medical grounds due to the progression of the cancer.

The UK is a leading pioneer with in the medical industry and we can understand whilst mistakes are made they leave us feeling vulnerable. If you have been a victim of cancer misdiagnosis or have suffered any other type of medical negligence then get in touch with our Specialist Medical Negligence Solicitors for a free claim assessment today let us help you get your life back on track. 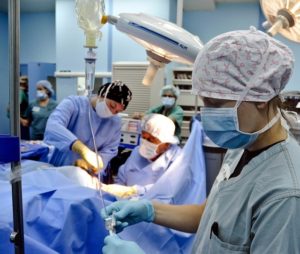